Architects in Delhi get creative in addressing air pollution 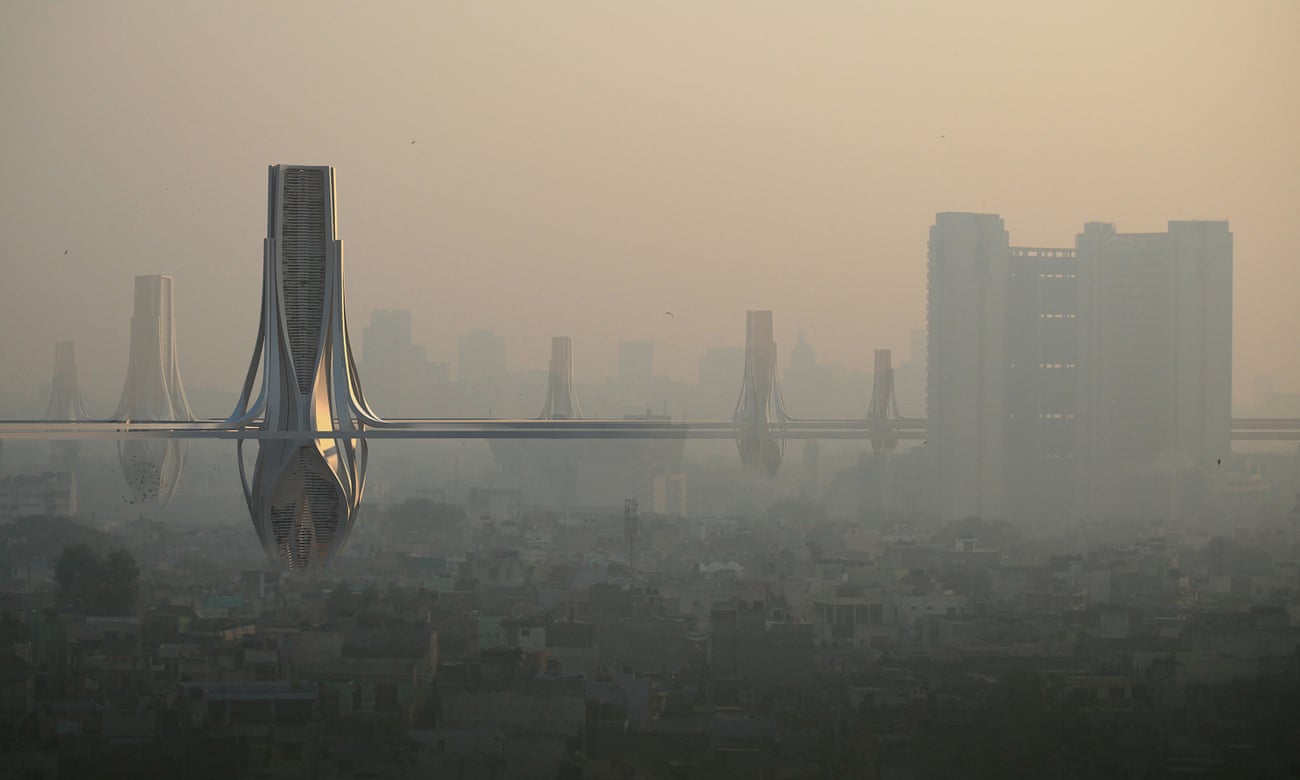 Dubai-based architecture firm Znera proposed a plan to address the rampant air pollution and smog in Delhi that continues to characterise the Indian capital. Although still just a concept, Najmus Chowdhry, principal architect at Znera, is hopeful about the potential of initiatives like The Smog Project:

“It’s easy to think we are just publishing pretty pictures or designs, but we have had the technical details worked out, at least the mechanics of whether it is possible.”

According to data released by the World Health Organisation, Delhi is one of fourteen Indian cities consistently on the “20 Most Polluted Cities in the World” list. Smog and pollution are such normal occurrences in Delhi that residents refer to the time from October to January as “smog season”.

To address this issue, Znera came up with the idea for a network of 100 metre-high towers that would absorb air pollution and recycle it back into the atmosphere as breathable air. Each tower, Znera claims, would produce 3.2 million cubic metres of clean air each day, which would reduce pollution to moderate levels.

Titled “The Smog Project”, these towers would collect air pollutants at the street level, filter that air, and then circulate clean air out of the top of the tower. Each building would create about a 2 km radius of semi-clean air.

Similar projects have been carried out in other cities in the hopes of reducing smog and air pollution. Although considerably smaller, at seven metres tall, Roosegaarde Studios’ has installed Smog Free Towers in Rotterdam and Krakow. Roosegaarde Studios is the social design lab of Dutch artist and innovator Daan Roosegaarde.

Znera’s Smog Project has been shortlisted for the Experimental Future Project of the Year award 2018 at the World Architecture Festival this November.