Climate change could displace 140 million by 2050 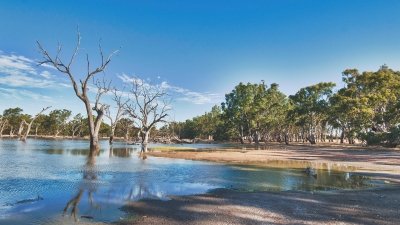 The World Bank has warned that climate change could push tens of millions of people in the developing world to migrate both inside and outside their own countries.

The Bank analysed the impact of ‘slow-onset’ climate change and migratory patterns in three developing regions in the world: Sub-Saharan Africa, South Asia, and Latin America. These slow impacts included water stress, crop failure and the rise in sea levels, which could cause inhabitants to move to more viable areas in order to make a living.

Analysts stated that unless urgent action is taken to mitigate against climate change and develop strong development policies in response, these regions could see 143 million new climate migrants. The focus on slow-onset impacts rather than higher ones, such as hurricanes and floods, also means the estimate is at the low end. However, concerted efforts to make these regions more climate resilient could reduce this figure by up to 80 percent.

The Bank’s modelling of the demographics, economies and climate susceptibility of these regions helped identify certain hotspots for migration. For example, within East Africa a high level of migration was expected from bodies of water, such as Lake Victoria, which currently sustains millions of livelihoods.

The World Bank’s Chief Executive Officer, Kristalina Georgieva, commented: “We have a small window now, before the effects of climate change deepen, to prepare the ground for this new reality”

“Steps cities take to cope with the upward trend of arrivals from rural areas and to improve opportunities for education, training and jobs will pay long-term dividends. It’s also important to help people make good decisions about whether to stay where they are or move to new locations where they are less vulnerable”.

As a result of its findings, the Bank recommends cutting global greenhouse gas emissions to reduce the scale of the problem; transforming development planning to focus more on climate migration, and greater investment in data to better understand the issue.

“Without the right planning and support, people migrating from rural areas into cities could be facing new and even more dangerous risks,” said the report’s team lead Kanta Kumari Rigaud. “We could see increased tensions and conflict as a result of pressure on scarce resources. But that doesn’t have to be the future. While internal climate migration is becoming a reality, it won’t be a crisis if we plan for it now”.