Death toll rises to over 800 in Indonesia 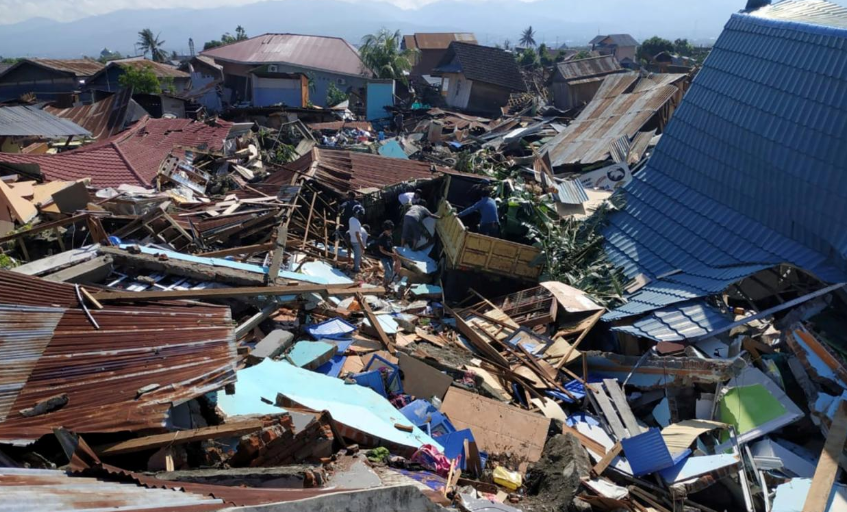 On Friday, a 7.5 magnitude earthquake struck north of Palu, Indonesia, leaving hundreds dead and causing deadly tsunami waves that reached heights of up to 10 metres in the following hours. As the death toll rises to over 840 people, officials and international organisations are rushing to provide aid to the affected areas.

Indonesia is located on the Pacific Ocean’s “Ring of Fire”, a horseshoe shaped region where most of the world’s earthquakes and volcanic eruptions occur, making it one of the most disaster-prone nations in the world.

Relief efforts are being made to shift through the rubble to locate survivors, but communication in remote areas is limited as is access to the heavy machinery needed to sort through the debris. Authorities fear the death toll will rise as some believe many bodies may have drifted out to sea over the weekend.

“This was a terrifying double disaster - the powerful earthquake, and then a tsunami. The Indonesian Red Cross is racing to help survivors but we don’t know what they’ll find there.”

Blocked roads, a damaged airport, and broken telecommunications systems have hindered relief efforts in many areas, and made it almost impossible to reach certain regions. Of particular concern is Donggala, a regency near the epicentre of the earthquake that is home to 300,000 people, that has been cut off from communication.

With hospitals damaged, many injured people have been treated in the open and at least one military field hospital has been set up. Authorities have begun to bury some of the identified dead in mass graves as a precautionary measure to prevent the spread of disease.

Singapore Red Cross has launched a public fundraising appeal, and pledged $50,000 in humanitarian aid to support affected communities. Additionally, the European Union and South Korea have offered $1.7 million and $1 million respectively, while the Australian government has said it’s working with Indonesia to identify options for assistance.