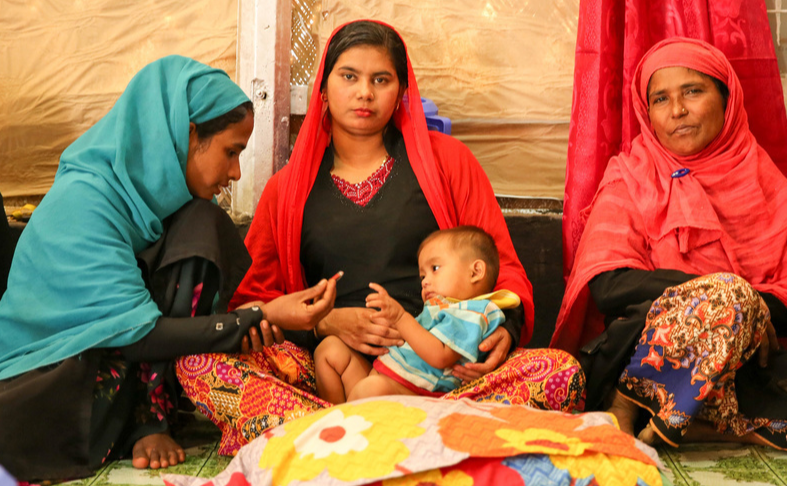 The UN Migration Agency (IOM) have carried out over 400,000 medical consultations in Cox’s Bazar, Bangladesh since August 2017, the agency has reported. However, concerns are growing that a funding shortfall will cut services just as monsoon season strikes.

IOM is one of the largest medical providers in the refugee camp which is home to over 1 million people, 700,000 of which arrived after last August. The agency supports both refugees and host communities with a host of medical concerns from pregnancies to road traffic collisions.

Of the 400,000 consultations more than 1 in 10 have been with children aged five or younger and in the last 4 months the IOM have conducted 13,000 antenatal sessions and assisted with over 700 births.

However, the agency is appealing for urgent financial support to maintain their healthcare services in the camp as monsoon season approaches, bringing with it an increase in health risks.

The monsoon season is expected to increase cases of watery diarrhoea and cholera in the camp as poor sanitation, dirty water and cramped conditions will exacerbate the spread of communicable diseases.

“Conducting 400,000 curative consultations in nine months is an immense achievement that shows the crucial role of IOM medical facilities for the refugee and local communities. But without urgent funding we won’t be able to carry on”

“If that happens, hundreds of thousands of cases will likely be left untreated in the months ahead and we face the grim possibility of many avoidable deaths”

“IOM is doing a massive work in addressing the health issues of refugees and host communities. We highly appreciate their contribution in assisting the government to address the health crisis that affected the district following the August influx”

Dr. Andrew Mbala, IOM’s Health Emergency Coordinator in Cox’s Bazar emphasised that the health risks that monsoon season will bring can be avoided, but only with sufficient funding.