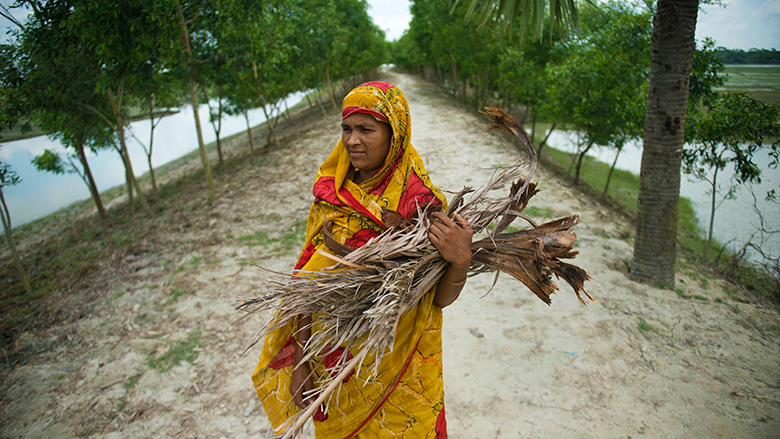 The World Bank has warned that climate change could cost India 2.8% of its GDP by 2050 if annual temperatures rise by 1-2 degrees.

Similarly, the temperature increase would also reduce the living standards of nearly half of India’s 1.3 billion population.

Currently, if no action is taken the average temperatures in India are expected to rise by 1.5-3 degrees.

The latest findings were part of the World Bank’s report ‘South Asia’s Hotspots: The Impact of Temperature and Precipitation Changes on Living Standards’.

The report warned how changing temperatures will effect weather patterns in the country:

“Rising temperatures and changing monsoon rainfall patterns from climate change could cost India 2.8 per cent of GDP and depress the living standards of nearly half the country’s population by 2050”

Even if the preventative measures recommended in the Paris Agreement are undertaken, India’s average temperatures are still expected to rise by 1-2 degrees by 2050.

The report also noted that almost half of the population of South Asia now lives in areas that are vulnerable to climate change and will experience a decline in living standards due to falling agricultural yields, lower productivity and health impacts.

Approximately 600 million people in India live in places that will become either moderate or severe hotspots of climate change by 2050. The Central, North and North-West of the country is the most vulnerable to temperature change and rainfall variability.

By 2050, Chhattisgarh and Madhya Pradesh are predicted to be the top two hot spots and may experience a 9% decline in living standards, followed by Rajasthan, Uttar Pradesh and Maharashtra.

“These weather changes will result in lower per capita consumption levels that could further increase poverty and inequality in one of the poorest regions of the world, South Asia”

The report recommends prioritising investment and strategies that build resilience; a 40% improvement in these measures could halt the decline in living standards, the report found.