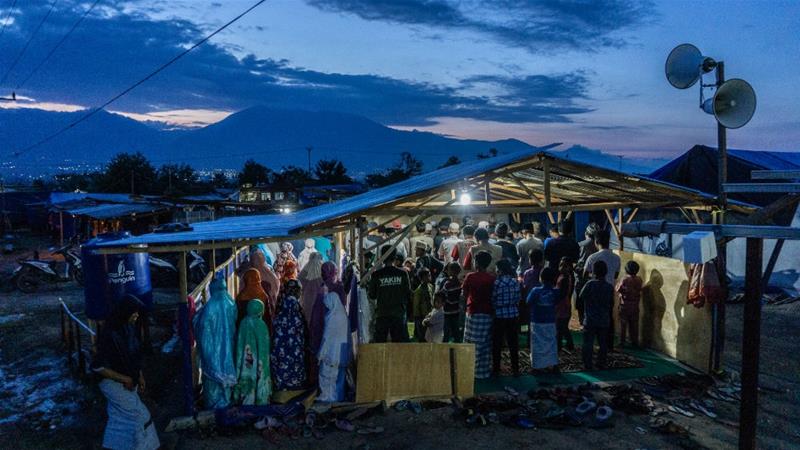 A month after an earthquake and tsunami devastated Indonesia’s Sulawesi Island, heavy rainfall has ravaged the area while 220,000 remain homeless, according to a report by Save the Children. The heavy rains have sparked fears of a potential outbreak of disease while also complicating relief efforts, warns Save the Children’s local partner.

Over 220,000 people remain homeless as a result of the devastating sequence of an earthquake and tsunami that killed over 2,000 people earlier this month. Relief efforts have been steady but many worry about the spread of communicable water-borne diseases caused by the recent flooding and heavy rains.

Selina Sumbung, Chairperson of Save the Children’s partner in Indonesia, explains:

“We’re particularly concerned the rains could also bring an increased risk of an outbreak of disease or illness. We are already seeing an increase of cases of diarrhoea and respiratory infection, while suspected cases of malaria, dengue fever and varicella have also been reported.”

Sumbung also explained the danger of the impending rainy season:

“The start of the rainy season has well and truly arrived here in central Sulawesi, which is the last thing needed by the thousands of families who lost their homes and are now sleeping in makeshift shelters, evacuation centres or under tarpaulins.”

Save the Children has already provided aid to more than 16,000 people, having been one of the first NGO’s on the ground on the fourth day of the disaster. In addition to delivering items such as shelter kits, mosquito nets, hygiene kits, and conducting water trucking activities, the agency has also set up child friendly spaces and temporary learning centres, providing children with psychosocial support, and tracing and reuniting separated families, according to the report by Save the Children.