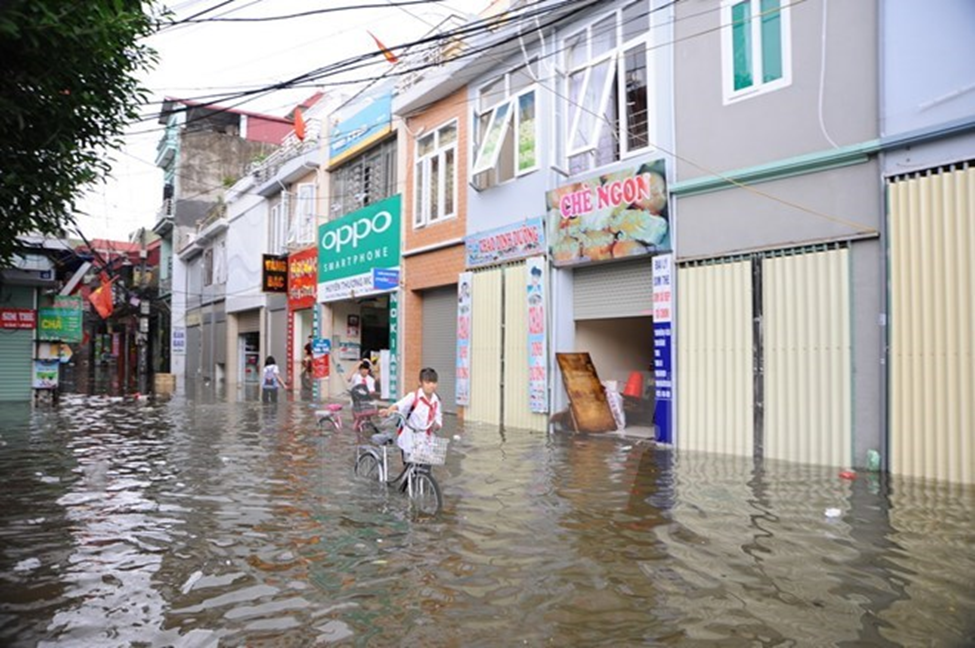 In the Mekong Delta, local authorities are currently taking action to prevent flooding caused by high tides during the annual flood season. Within the last few years, Cần Thơ City and the delta’s provinces have been negatively affected by the high tides. It is estimated that peak tide is forecasted to reach 2.2 to 2.25m in the near future, which is greater than alarm level three by 0.30-0.35m. The Hậu River station measured record high tides of 2.21m, while severe flooding also occurred in the Vĩnh Long and Sóc Trăng provinces. In the middle parts of the Delta such as Cần Thơ, Hậu Giang, Vĩnh Long and Tiền Giang provinces, there is an extensive system of dykes that exist. However, large amounts of water cannot be emitted to ponds and fields and, as a result, flooding occurs in the city and urban areas.

“This is a very important issue, which requires neighboring provinces to find solutions to store water during the flood season. The reality is that this year the floods are not that high, but dykes are built everywhere to protect production. Water cannot enter the field for cultivation. This can cause flooding outside the dyke.”