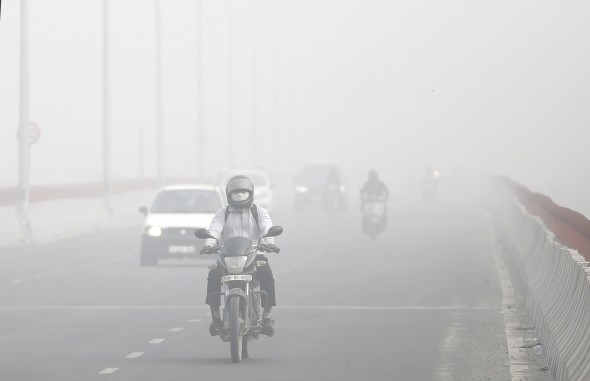 The World Meteorological Organisation (WMO) and the World Health Organisation (WHO) have signed a legal agreement to protect communities using ‘relevant and authoritative’ data on the weather, climate and atmosphere.

The agencies will combine their expertise to help protect populations around the world against extreme weather, air pollution and climate change which cause an estimated 12.6 million deaths each year.

A recent WHO report found that air pollution kills 7 million people each year, 90% of which are in developing countries.

Clare Nullis, WMO spokesperson noted that there was a large amount of ‘political will’ between the two organisations who have collaborated on key weather, climate and atmosphere issues for many years.

The agreement will enable information to flow between the agencies with greater ease. For example, forecasts for air pollution and weather can be directly sent to those working on the ground and dealing with the impacts of environmental health risks.

A key focus on the agreement is to reduce premature deaths from illnesses caused by air pollution, such as stroke, cancer, heart disease and respiratory complications.

The agencies also noted the growing threat of climate change, referencing the recent report highlighting how Hurricane Maria claimed over 4,000 lives due to damaged healthcare, electricity and infrastructure.

It is expected that the WMO’s rainfall and temperature forecasts will help fight diseases which are influenced by these factors, such as malaria and dengue fever. Similarly, drought predictions could protect farming communities during dry seasons and heat warnings could reduce the negative health effects of heatwaves.

The collaboration will also place a special emphasis on the most vulnerable populations in developing countries, urban areas and Small Island Developing States.